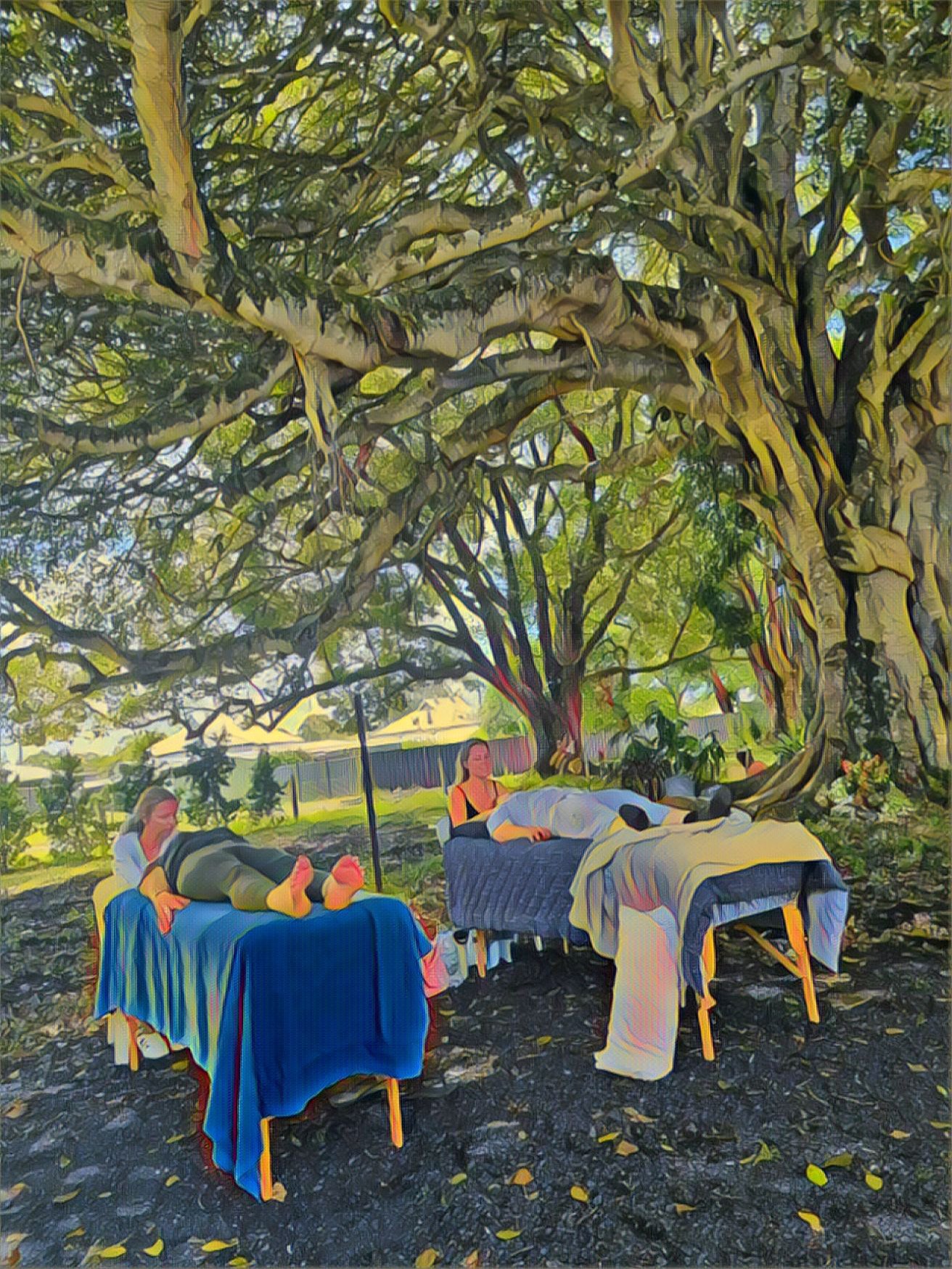 On the photo: The Guardian Tree looked after us

It’s nature’s way to say: people stop working against each other, stop the bias, stop the separation. It’s creating chaos to remind us what’s important. On the weekend, our bars practitioners team headed to NSW to support affected people.

Without knowing what to expect, people showed up and received, and we spent the whole 6 hours busy. What change could that create for them?

A lifelong country man about 74y old. Clean clothes with some permanent spots all over, light grey suit pants and black socks with a big hole in them.

He asked no questions about the session, got on the table, closed his eyes and was ready to receive, knowing nothing about the Bars Session.

After the session he took his time to get off the table, breathing in a few times and then said…’I am aligned again.’ I knew he had received, my heart melted.

His eyes were crystal clear. He told us he had lived in the area for all his life, and was in his 3rd marriage with a woman almost half of his age who he had a 12-year-old daughter with. He has seen many floods, but not like this one. The water had risen 3.6m more than in previous years. He had just bought his 3rd house…He had carried the furniture out of the building and had been quite sore all over for weeks. His wife came by and helped him to get his boots on and off he went, having great gratitude in his eyes.

Country people do not hope antidepressants solve their life problems. They are connected to themselves, they know that all comes from within, and they know how to take care of it.

He was willing to receive, and he truly received and it was the most beautiful thing.

Some people have never experienced the kindness of strangers, or much kindness in any form.

This time it was us, we were honoured to be those kind strangers.

More about the Access Bars: Mind and body relaxation method, where 32 points in your head that are connected to the different emotions are being touched to release fixed points of view in order to get relaxed head space where thoughts with different qualities can arise. In Consequently, it gives you an opportunity to create your life from a totally different space.