Hey body buddy where are you taking me? 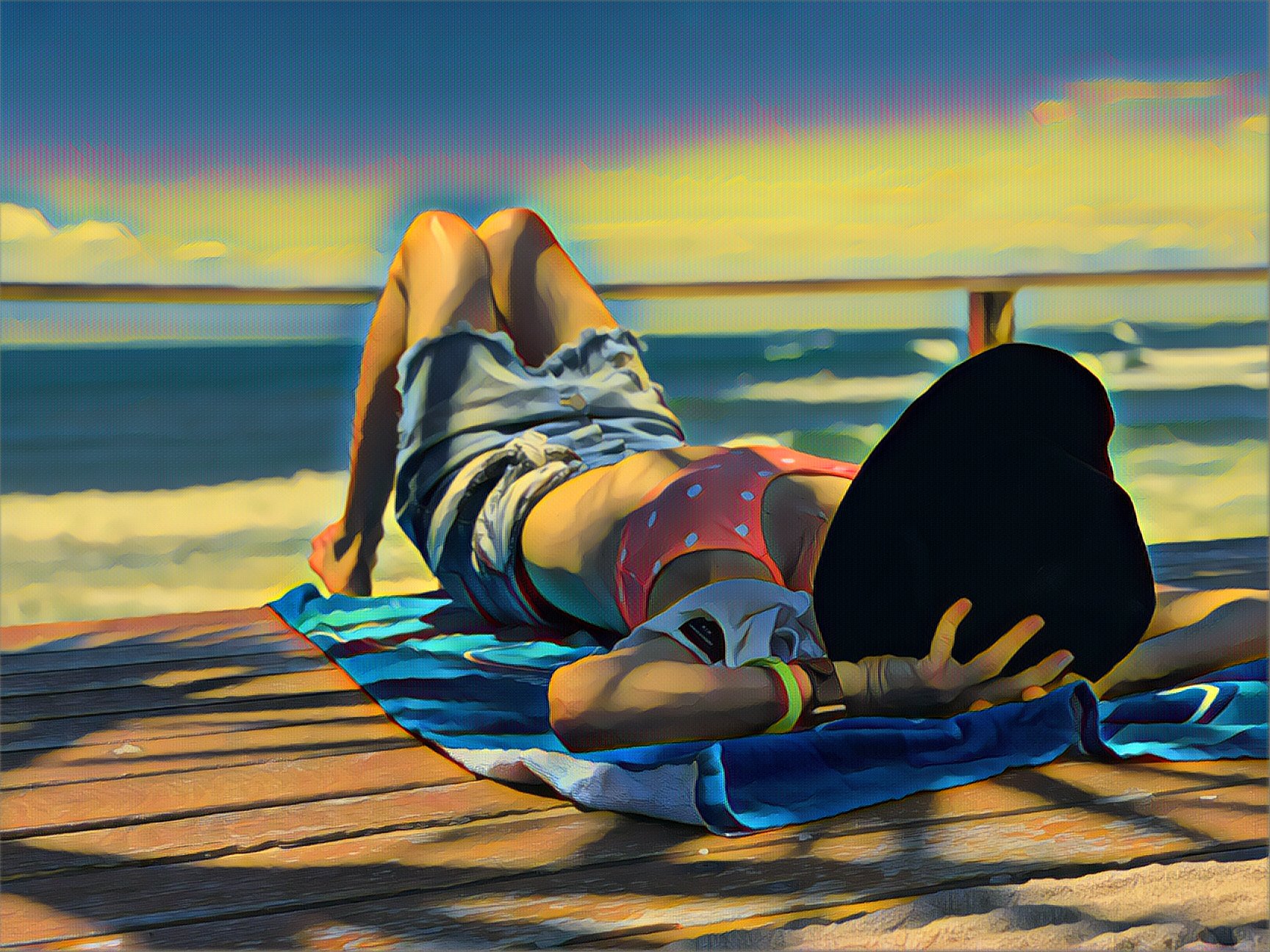 The first time I got interested in the big world I was about 6 years old. My dad who was a sailor man had brought me a postcard from Angola with a photo of a dark brown girl on it, said jokingly it’s your sister in Afrika. I was fascinated where people this beautiful live, we did not have any coloured people in our country at that time. Afrika is still one place I really would love to visit.

The second time I was about 10 or 11, I saw a movie, where my Californian dreaming started. What is strange is that I have travelled a bit, the whole East Coast of the US and Miami and still have not got to go to California, other than LAX.

The next time I remember sitting at the office in Estonia in the early 20-s bored to death dreaming of going to Greece, Santorini to be precise, did not happen either.

One thing in common here is the sunshine, sunshine and more sunshine.

By mid twentys I had developed a couple of “chronic” illnesses, put in the quotation marks because these obviously were not chronic if they disappeared after a year, but from the point of view of medical science they were. Therefore, I did everything that I felt I had to do, took some advice from the doctors but did not make the conclusion that this is it, that’s it, chronic, I kept researching everything about the conditions and how to help myself, and surprise, a few researches pointed out that living in a country with a lots of exposure to the sunshine would help with these conditions, with both of these. So, I knew if I wanted to live, I have to live, decided to go to Australia, all by myself as I did not know anyone who would’ve joined me, however, coincidentally 2 friends joined me after all.

After 2 years, returning to the cold country, where I was first diagnosed, the doctors were amused. The device used to measure the results and the doctor’s office was the same, so there could not be deviation, the difference caused by the technology. I had gone from the red zone to the green zone, which wasn’t seen before. I am talking about the bone density here if you got interested what was it. Initially, it was said that D-score in the bones was low (vitamin D = sunshine), surprise! The other diagnosis was depression, these days they say seasonal depression, for me that was crying a lot for no reason (a Lot, even during the day at the office I had cry breaks in the ladies), not wanting to be where I was….do what I did etc it all felt so wrong. PS I think there should be a handbook on how to be in the world in your 20s, especially if you do not want to be like everyone else.Perhaps there is?

Obviously, I (my body) always knew that I had to be in a sunny place, and I ignored it until it pushed me to take action if I wanted to live.

Today I am grateful that I am at the sunny place 🌞, waking up to that every day is a big thing…warmth, smile in the heart. How can it get greater now?

The basis of any kind of stress and all the health conditions is the fear that you are not loved that you get once you are born. Depression is too much love that is not (cannot be) shared, un realisation of the potential that turns to destructiveness if does not find the way out. Unused potential. It can also turn into anger and/or violence towards yourself or others. If it’s not you (violent towards others), your body helps you out and gets sick before you can harm somebody else.

Now, if you think for a second, how much depression is there in the world that is actually potential, love – how would it be if all people would live their true potential, loved their love?

Bones are male energy, the father in you, as you describe your bones is your father in you. Well, I did not have much of that in my life, half the time he was somewhere sailing the world but thanks to his stories I have got a great imagination and interest in the big world. Interestingly he has been in all corners of the world except America and Australia, where I have travelled and lived.

What is it that your body has always tried to tell you that you have been ignoring? It lets you know for sure, listen before it starts hurting.

What else can you create with your body, ask it hey, where are you taking me?

What else is possible now with your body and what miracle is waiting to be created with it? Exiting!!! Isn’t it?

See, how powerful you are! If you can create s…  in your life you can uncreate it and perhaps aim to create something wonderful to this world with starting to listen to your being and body!😀

What would it take to make it happen?

Where have you ignored You in your life that if you acknowledged it now would change your whole life? (Your health, your location, relationships, wealth…everything).